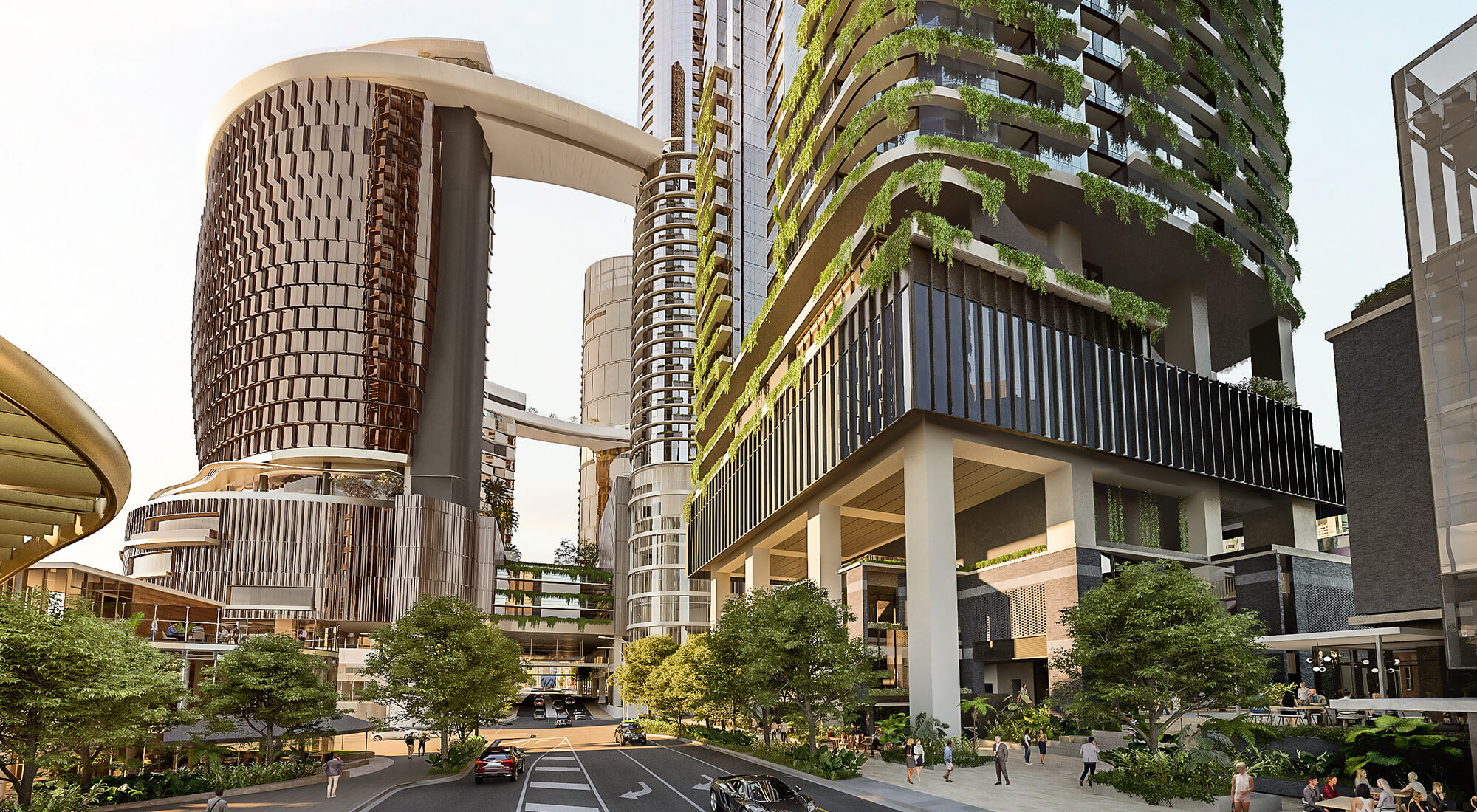 An insight into Brisbane’s future skyline can be revealed through new rendered images digital footage of the Queen’s Wharf complex.

A major piece of the Queen’s Wharf puzzle can be revealed in new rendered footage of the project’s tower and surrounding complex, which will soar more than 250m into the skyline along the Brisbane River.

The residential component of the $3.6 billion complex, Queen’s Wharf Tower, will include more than 800 apartments with 71 floors overhanging the new casino to be opened in 2023.

Apartments will go on sale in the complex’s tallest building in April, ranging in price from $585,000 to $3.5 million for the one, two and three bedroom dwellings, while the penthouse apartments will fetch a staggering $6.4 million.

The neighbouring tower in the complex, Queen’s Wharf Residences, has sold all its apartments after going to the market in 2020.

A three-minute digital fly-through of the development reveals the transformational scale of the project, including various riverside plazas, atriums, retail spaces and a Sky Deck sitting 100 metres above the Brisbane River.

Queen’s Wharf Tower will be the fifth skyrise building in the integrated resort development which will surround nine heritage buildings in the more than 7 hectare complex.

“With the main integrated resort reaching level 20 in parts, construction has spilled into the public space areas and heritage buildings, many of which will become the locals’ favourite new dining spots,” Destination Brisbane Consortium director Simon Crooks said.

“The nine heritage buildings, dated back to the 1800s, are being carefully restored and transformed into new shopping outlets, restaurants and bars as well as spaces for events, entertainment and performance.

“Further to that, sections of the Sky Deck will be installed mid-year as we start to form up Brisbane’s newest and hottest venue in town come 2023.”

The new glimpse into the project follows the release of concept design images of the dining area to sit on level 23 with 360-degree views of the city.

The first of the structural steel beams made in South East Queensland have now arrived on site and will be strand-jacked up to level 23 in just a few months’ time.